Behind me, my hosuemates are watching He’s Just Not That Into You. (I would probably be watching it with them, except I was in the middle of something when it started, so I decided to forget it.) The female one of the two has seen the film before, and says there are a lot of truisms about relationships in it.

Perhaps so, but I suspect that it would have moved me to frustration. I’m basing this mainly on my other similar films and stories.

Why? Well, to start with, I just plain don’t know people like that. Maybe it’s a factor partly of being older, but I don’t think I ever did, even in my twenties. What do I mean by “people like that”? Well, for one thing, women who are really all that concerned with how they look in general, and trying to look attractive to guys in particular. Oh, sure, just about all the women I know have some concern with their looks. But not to the point where they really seem moved to do much about it. Hell, of my female friends, I can only think of one who wears make-up regularly – and several who never do. The women I know don’t have closets full of shoes. They often are trying to lose weight, but entirely for themselves, not because they’re particularly worried about how their appearance might affect their odds of getting into, or maintaining, a relationship.

Not that they should be, mind. Just that it immediately creates a disconnect between these films and reality. And between reality and reality, for that matter; when I see women dressed up to go out, or wearing high heels when they don't absolutely have to, or who seem to be able to show a little cleavage without enormous self-consciousness -- they don't seem like real people to me. Sometimes I think they're just models hired to be in the background in the film of my life, but not actual characters in it.

Then there’s the fact that the films often focus on the lack of communications in a relationship. Both the men and women are typically guilty of this – the women expect men to magically understand their feelings and subtle hints. But they guys often don’t communicate at all, and certainly don’t talk about their deeper feelings. They seem to try to hide that they have much in the way of feelings at all. And they’re almost invariably afraid of commitment.

This I don’t understand at all. I am pretty obvious about the fact that I have feelings. I am not at all reluctant to talk about them; I am usually as honest as I can be about them. I am anxious, too, for the communication to go both ways: I want to know how she feels, what she’s dissatisfied with, and what she’s happy about; the former so I can be aware of areas that may need to be worked on, and the latter to boost my sense of security about the whole thing. And, while I am a little baffled at people who get into serious relationships too fast – the people who marry when they’ve only known each other a few months – there’s no question but that my long-term goal is a committed relationship.

So all this should result in women clamoring for my attentions, right? Bzzzzzt! Perhaps it’s not for those reasons, but it’s been over twenty years since I felt a woman had any interest in me, romantically or sexually. Maybe I’m oblivious, but you would think that if so, somewhere in that time someone would have dropped a hint even I couldn’t miss, or that I might have been informed by a third party.

Next, there’s the area where my current frustrations are focused: that the characters in these films are, most likely, not people in my economic situation. Maybe they have financial trouble, but it’s clear it’s a temporary setback: there’s some kind of career goal, or direction. (And even the “poor” ones can somehow afford to buy drinks in a bar…) If there is a guy in the story who is out of work and directionless, he’s probably there specifically to be the loser – and quite possibly the one who is playing games to get the woman to mostly support him.

As someone who is approaching 50 and still has no idea what he wants to be when he grows up – and as someone who currently has no income and a lot of bills, and thus is having trouble scrounging up the cash to even survive, let alone date or even have a lot of fun – it’s pretty damn discouraging. It is, to be sure, probably realistic. God knows that when women get a hint of my situation, any chance of ever building up to dating goes right out the window. My therapist keeps telling me that I have a “lot to offer” to the right woman; maybe I’m too cynical, but I’m finding that pretty damned hard to believe. And when I recently tried an experiment of getting friends to come up with things they could say about me that I could quote on a personals site – things that would be honest, but positive – I can’t help but feel it’s significant that all the male friends managed to come up with something, but from the females came dead silence.

Part of the problem, I think – and another reason that I find these films hard to identify with – is that I seem approach the whole question of relationships backwards from how other people do. This is why I would think personals websites would perhaps be the best approach for me to take: I want to make clear what I am like and what kind of things I am looking for in a relationship, and then search for someone whose interests and goals in that area are compatible. The “intangible” aspects – appearance, chemistry, things like that – come afterwards. I can’t say that such things don’t matter to me at all; there are women out there whose intellect and personality would work with mine, but where I just can’t imagine developing a physical attraction. Perhaps it is just because I’m an unusual case in the first place; but the odds are much better of me finding a particular woman attractive – or at least in the range where I know I could easily learn to find her attractive – than they are of finding an attractive woman to be compatible.

Other people seem (at least in the movies, but I think it’s largely true in real life as well) seem much more prone to start with looks and chemistry and similar things. They meet, they each like the way the other looks, they flirt and banter, and proceed to dating – and then they start to learn about each other. (There's the side issue of people who feel "weird" about the idea of dating someone with whom they've become friends. For me, this is also backwards: if I like a woman well enough to consider her a friend, and if I find her at all physically attractive -- and I almost always do -- then of course I would at least consider dating her; though I might well decide it's a bad idea when I look at all the factors.)

I find this totally perplexing. Sure, I see some very nice-looking women out there – not just the drop-dead gorgeous ones, but some who just have some kind of down-to-earth attractive vibe. But the notion of wanting to spend time with her just because she looks good is a little baffling. I’m well aware I just don’t have that much in common with the majority of people. I want to know before I go out with someone that we’re going to have something to talk about.

Anyhow…the basic thing is, I just plain don’t get it. I don’t understand how people get into relationships – particularly people past, say, the early twenties, when the hormones settle down a bit and people start being a little more realistic. I don’t understand why people stay in relationships with people they can’t have honest, open communications with. And I don’t quite understand what is so obviously wrong with me that I seem to put off women right from the start.
Posted by E. Q. Taft at 9:13 PM No comments:

So yesterday afternoon, around 3:15 or so, I'm coming home from an errand, heading south on the 805 freeway, when there's a backup approaching the transition ramps to I-15. When I get close enough, I see the ramps are closed due to an accident; it's being cleared, but there's a car on the ramp turned sideways to the direction of traffic.

Not all that unusual. But today, again returning home from an errand, this time about 11:00 AM, there's another accident, on the same transition ramp, this time blocking only part of it, but again, involving a car turned sideways -- and this time rolled onto its side, as well.

By my calculations, therefore, if I take that route at 6:45 AM or so tomorrow, there should be another accident, but this time with the car actually rolled over onto its back.

Seriously, kind of odd. I've used that transition ramp before and never thought it to be particularly hazardous. If I use it any time soon, though, I will definitely use a little extra caution.
Posted by E. Q. Taft at 11:39 AM No comments:

...when the only thing you really seem to want out of life is impossible? And I don't just mean unlikely, I mean physically and temporally impossible. Stop wanting it? My fear is that if I do that, then I won't really want anything. There won't be anything left. What then? Just quit?
Posted by E. Q. Taft at 10:41 PM No comments:

So all over the place today, Republicans and others are up in arms about the fact that President Obama met with Hugo Chavez, and (gasp) shook his hand, and even (OMG) smiled at him... 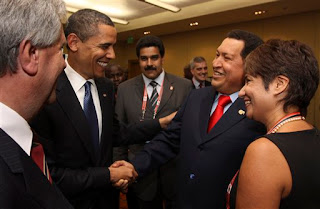 I can totally understand this. Chavez has said many bad things about the US.

Fortunately, we know that no Republican would even meet with, let alone shake hands with, smile at, or be pleasant to the leader of a country that might be our enemy, would he? 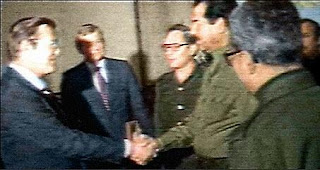 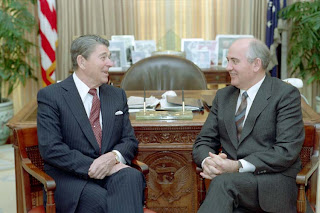 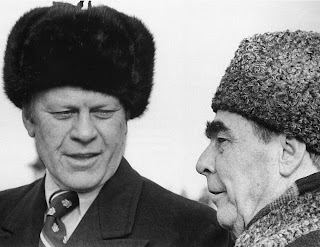 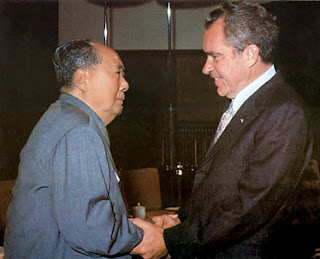 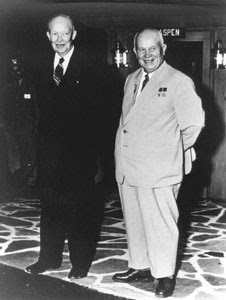 No, that couldn't happen. Any more than former POW John McCain might go back to Viet Nam or try to improve our relations with that country. Nope, never.
Posted by E. Q. Taft at 5:55 PM No comments:

I apologize for the following in advance.